The store will not work correctly in the case when cookies are disabled.
We use cookies to improve user experience, and analyze website traffic. For these reasons, we may share your site usage data with our analytics partners. By clicking “Accept Cookies,” you consent to store on your device all the technologies described in our Cookie Policy. You can change your cookie settings at any time by clicking “Cookie Preferences.” Accept
Skip to the end of the images gallery

Skip to the beginning of the images gallery

RHS Award winner. Crown Imperial. Yellow flowers. Fritillaria Imperialis prefer full sun, wll-drained soil, which is preferably alkaline & enriched with leaf mould or compost. Plant as focal points in borders, between shrubs & in containers near the terrace. Fritillaria Imperialis can be slow to establish, so plant in their final position & avoid moving. They may not flower in the first year & also the season after moving. 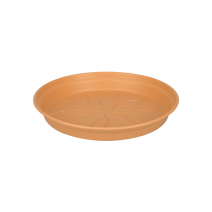